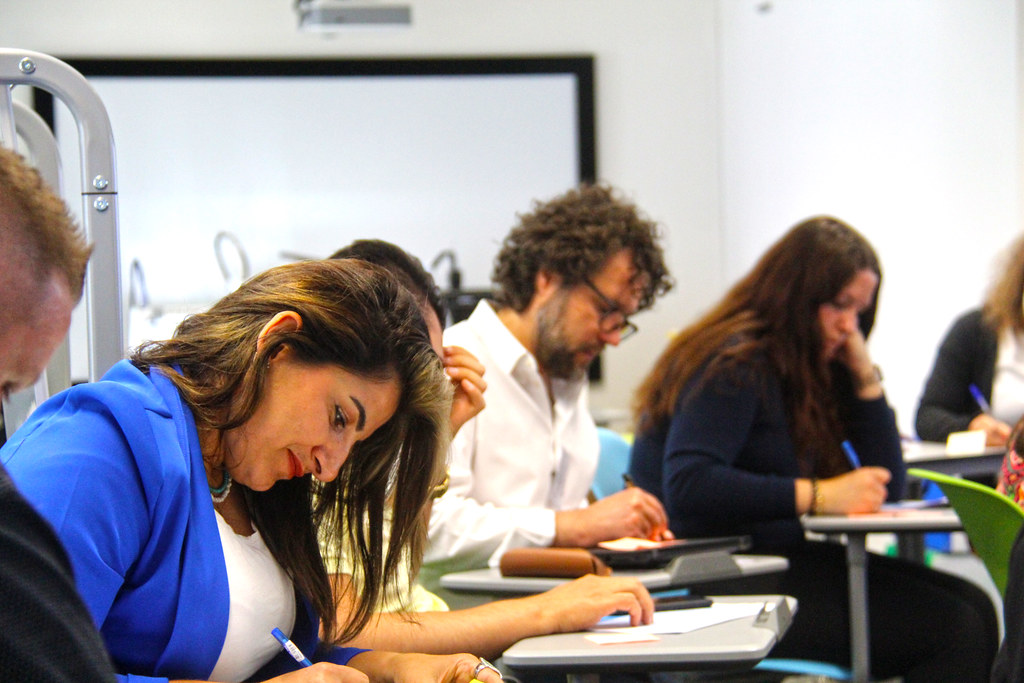 After 2 long years, Europeana and European Schoolnet finally had the chance to organise the first face-to-face workshop! 35 Europeana educators, including the 14 Europeana Ambassadors and the 21 winners of the Europeana Education Competition 2022, reunited at the premises of European Schoolnet in Brussels from 10th to 11th June.

On the first day of the meeting, after exploring the Future Classroom Lab (FCL) the participants were given the opportunity to discover the differences and similarities to their teaching context. The educators took part in an icebreaking activity, an ideal way to start networking and create bonds among themselves.

Isabel Crespo, from the Europeana Foundation, discussed Europeana developments as well as Teachers’ and Educators’ perspective on digital resources; then followed a session on Built with Bits, the New European Bauhaus movement. After a recap of the first day’s activities, all the teachers had a warm welcoming dinner at their hotel, expanding their learning network.

On the second day of the workshop, updates and practicalities, as well as the new tasks assigned to the ambassadors and their user group members, were discussed. The ambassadors worked collaboratively to give tips and share their pedagogical experiences regarding creating resources, mentoring programmes, and interdisciplinary approaches to digital cultural heritage. The second part of the afternoon was dedicated to the Build with Bits workshop, which took place at the House of European History.

…and the competition 2022 winners

As prime examples of integrating digital culture into formal education, it was our honour to award the winners of the Europeana Education Competition 2022, organized from March to April 2022, in collaboration with the 2022 STEM Discovery Campaign. Out of 21 winners teaching an array of different subjects, 20 were user group members and 1 a non-user member. They all participated in the workshop and discussed among other participants how they found innovative ways of using Europeana digital cultural items in their submissions and shared their story about it. Hereunder are the winners of the competition!

The Europeana Education Competition 2022 in short

Thank you all for attending this workshop and congratulations to the winners!